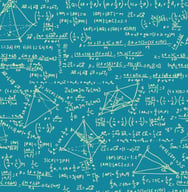 At the end of March, GMAC responded to the release of an ETS at-home GRE by announcing that it too would be offering a temporary online, at-home exam option for business school candidates in need of a GMAT score while global in-person testing centers are closed due to the COVID-19 pandemic. After two long, silent weeks, on April 14, registration opened for online GMAT administrations as soon as April 20 and many interesting details were revealed:

Immediately, the focus went to the final characteristic, the use of an online whiteboard.

Every GMAT prep course, tactic, theory, recommendation, you name it, has always focused on writing information down to avoid unforced errors and maximize performance. I have been a GMAT tutor for more than 15 years and this has been a core recommendation that I make to each of my own students. With styluses prohibited and handwriting limited to a clumsy mouse drawing interface, how were students expected to execute on this new online whiteboard? There was only one way to find out, so yours truly signed to audit a first day Interim Online GMAT.

How do you sign up for the online at-home GMAT?

GMAC took a few extra weeks to set everything up for its online at-home GMAT, and it shows. The registration process was really easy through mba.com. With a pre-existing login, I was able to register in under five minutes flat. Do make sure that your personal login information matches the passport or driver’s license that you will be using as photo ID for the remotely proctored exam to ensure no complications on test day. By the time I checked there were no available morning exams, but I found a time in the afternoon the first day the test was available. One $200 credit card payment later, and I was the proud owner of a time to take the online GMAT.

How do you prepare for the online version of the exam?

GMAC partnered with Pearson VUE, an online proctoring service offered by the same company that operates most global GMAT in-person testing centers. Pearson has more test administration experience than anyone else, and they make sure that you are ready even though there really isn’t much to prep in advance. Immediately following registration, test takers get an email with all of the necessary info to prepare for test day. The only physical items required are photo ID (passport or driver’s license preferred) and a cellular phone to take pictures of the exam environment on test day.

As for technical requirements, the main need is a stable connection to the internet. Make sure to prepare a hard line ethernet cable to avoid any wi-fi connection drops during the exam. Otherwise, the day before the exam, Pearson sends a second email with a link to run a system test and download the necessary software to allow the proctor to observe your computer remotely. Even though it looks like the system test will open the GMAT, it doesn’t. Run the full test including the one question sample exam in advance to avoid a small amount of anxiety before the exam. Once you’ve run the test and ensured that internet connection, you’ll be ready to take the online GMAT.

Getting started: Logistics for the Interim Online GMAT

As requested by the day prior email, I logged in about 30 minutes prior to my scheduled start time to ensure no technical difficulties. Because I didn’t follow the instructions to run the system test in full the day before (D’oh!), I took a little bit more time than normal to run the Pearson software twice, but was still ready to begin well before my scheduled start time. Once I launched the Pearson system, I was asked to pair my cell phone to the system via a text message link. I then had to take pictures of myself, my passport, the four sides of my surroundings, and upload the photos to Pearson Vue.

Within two minutes, a chat box appeared on my desktop, and a voice line opened where a gentleman confirmed who I was, as well as that my bookshelf (visible in my environment photos) was out of reach. He also confirmed that I was allowed my glass of water, or any other beverage of my choice, before wishing me luck and telling me to wait for my exam proctor to arrive. Within another two minutes a proctor silently arrived in the chat box and I was granted access to the familiar GMAT exam interface introduction slides.

There are no two ways about it, being unable to take physical notes during the exam was definitely weird. I had plotted in advance to rely primarily on the text box for any note taking and attempt to take notes for every problem as closely to the standard GMAT method as allowed by the text box’s functionality. In the end this strategy ensured that I had at least some notes for every problem on all three sections, but there were arithmetic formatting issues that arose especially around division (e.g. cancelling or long-dividing).

Using the whiteboard, my first challenge was to try and properly position the pop-up to avoid obscuring information in the questions. Ultimately, I settled on sizing the whiteboard pop-up window to about ¼ of the screen, but it still proved somewhat clumsy as I pretty much needed to open and close the whiteboard for every problem to be able to select and confirm answer choices. Within the text box, most functionality was what could be expected within a basic word processor such as Microsoft Notepad or Apple Notes and I ended up clearing the whiteboard after every problem. My two major issues were that the “z” key was unusable as it was somehow tied to an undo function for the text box, and that I could not use the arrow keys to maneuver around in the text box if I wanted to edit any of my notes for a specific problem. This led to me switching my note taking strategy a bit to a fully as-I-go approach rather than setting up the answer choices first, since it proved difficult to maneuver around them later by using the mouse without a visible cursor.

Other than the text box, I only used the shape tools and they were great. In particular, the free form shape tool was very intuitive in drawing any figures needed by the geometry problems on the exam. By the time I reached the Verbal section, I had pretty well organized the note taking workflow and had no real issues working with the text box as opposed to handwriting. If anything, I think I was typing notes faster than I could have handwritten them.

The online proctor only engaged me in the chat box twice to ask that I not speak the questions audibly too loudly, since it could represent an opportunity to disrupt the integrity of the exam. I also accidentally engaged the proctor at least twice by incorrectly clicking the chat icon instead of the adjacent whiteboard icon as intended. I did notice that my proctor’s name changed between the first time she told me to stop reading aloud and the second. All told though, the proctor was a non-factor and, honestly, I am somewhat encouraged that they appeared vigilant on the testing integrity issue. I also took advantage of the five-minute break prior to the optional Integrated Reasoning section, leaving the room to use the restroom. I took under three minutes to do so, and there was no interaction with the proctor upon my return.

Once I finished the Integrated Reasoning, the exam simply ended. Since, there is no option to cancel nor see the unofficial score I was simply taken to a final panel informing me that I would receive my official score via email within 14 days. This of course was more than the ten days advertised by the GMAT, so I shall see how long it takes to get that official score. I think it could be on the longer side, because I speculate that the reason no cancellations nor unofficial scores are being made available is to allow GMAC time to construct an Interim Online GMAT scoring curve independent from the extant in-person GMAT one.

So, Should You Take It Online or Wait to Do It In-Person?

I personally would recommend taking the Interim Online GMAT if you would have taken an in-person GMAT in the next two months had one been available. There is no real downside to taking the online version, since GMAC has announced that the Online Interim GMAT will be indicated as such on all score reports and not count against any testing administration maximums for the GMAT overall.

That said, if you do decide to take the online GMAT, amend your prep now to account for the lack of a physical scratch pad. Practice with online questions only and open a pop-up window of Notes or Notepad, or even better use GMAT Club's free whiteboard, to best replicate the official Interim Online GMAT text box functionality. If the $200 registration fee is not overly onerous to you, this easy-to-use at-home online GMAT basically functions as a unique opportunity to take the GMAT with no downside at a lesser cost and with a potentially easier scoring curve. 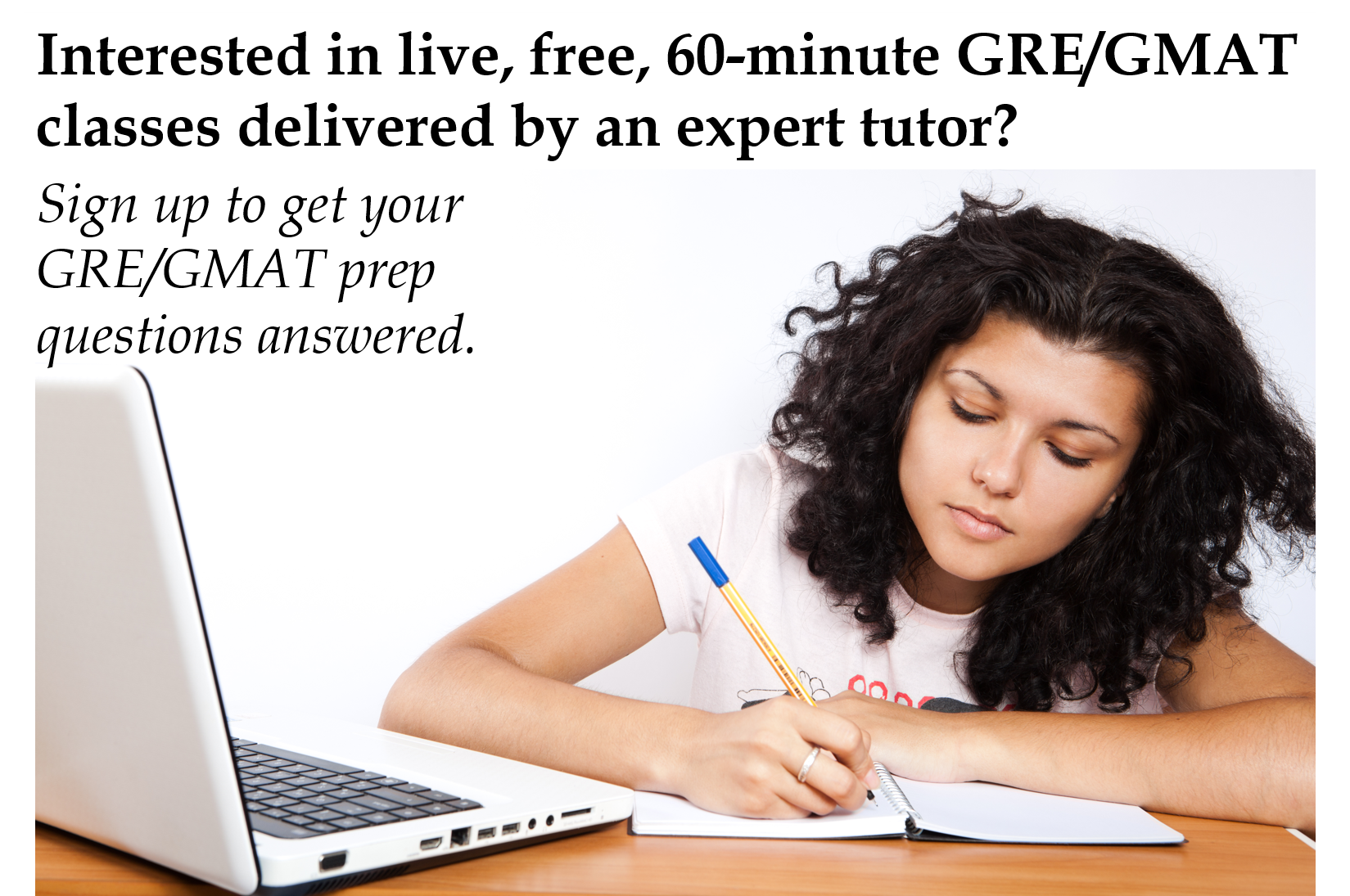