Effort vs. Talent? Which has a greater impact on academic success? Part One 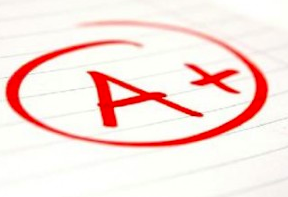 Anybody that reads this blog knows that we like to write about how mindset, effort, deliberate practice, proper study habits, organization and time management skills, strategic planning (and many other concepts that have more to do with “what you do” than “what you are born with”) are critical drivers of academic success. And, importantly, they are firmly under the control of any student. In our view, these concepts as a group easily trump IQ or talent when it comes to explaining success in and outside of school.

At the same time, we know that genes do matter. IQ is a metric that does help explain academic and other types of performance, and it is, for example, correlated with performance on standardized tests (even though I must stress again, hard work and structured practice will help you improve dramatically on standardized tests whatever your starting point).

So, is there a framework that can be used to think about the relationship between effort and talent in explaining academic and other types success? Which is more important?

It's a tough question, but while listening to a recent episode of the Psychology Podcast hosted by Dr. Scott Barry Kaufman, I think I may have found an answer.

My intuition has always been that both parents and students place too much value on innate or “raw” intelligence, genes, and concepts such as “talent” or IQ and not enough on effort, practice techniques, and planning in pursuit of academic or other goals.

I tend to believe that many people who appear naturally smart or gifted (in any particular area) and who seem like great examples of “raw talent” actually work very hard behind the scenes to build their skills. A growing body of research, much of which has been written about in the books on our virtual book shelf of recommended reading on academic performance, supports my intuition here.

So, I was interested to hear, while listening to Dr. Kaufman's podcast, a description between the relationship between effort and talent offered up by Angela Duckworth, who holds a PhD in Psychology and whose research focuses on a concept called “grit” as a driver of success in life. Grit is very much wrapped up in the more simplistic notion that effort is way more important than people might realize when it comes to explaining how and why people succeed.

In Grit: Perseverance and Passion for Long Term Goals, Dr. Duckworth defines grit as “perseverance and passion for long-term goals. Grit entails working strenuously toward challenges, maintaining effort and interest over years despite failure, adversity, and plateaus in progress. The gritty individual approaches achievement as a marathon; his or her advantage is stamina. Whereas disappointment or boredom signals to others that it is time to change trajectory and cut losses, the gritty individual stays the course.”

So, she’s very interested in whether AND how sustained effort can lead to success. In the podcast I referenced above, she offered up a formula that I had not read about previously, but which intuitively struck me as directionally correct. I should also note again that Dr. Duckworth is a PhD on the faculty of the University of Pennsylvania’s Psychology department, so I’d imagine that there is some significant research available that backs up the formula I’m about to describe.

Beware, we are about to get into just a little bit of algebra.

She first offered by the following formula –

Performance = SKILL x EFFORT. This means that how well you do is a function of how much skill you have and how much effort you put into the task. I’d imagine this seems intuitively true to most people.

She then offered up another formula –

SKILL = TALENT x EFFORT. Here, she’s suggesting skill is a function of two things. First, it does have to do with talent, which she describes as the factor that is driven by genetic makeup and natural ability. It’s what you are born with. However, skills are also a function of how much effort you put into building skills. Practice builds skills, and practice requires effort.

Using some simple algebraic substitution, we get to –

What this means is that effort shows up twice when you try to explain performance. In this sense, then, effort is twice as important as talent when it comes to explaining success (as a general rule).

Consider this in two different contexts: baseball and math.

In baseball, you build your hitting skills through repeated practice, working on your technique and building hand-eye coordination. Your ability to hit is, I think obviously, a function of some starting point of skill and the effort you put into building skill. Now, when you are playing in an actual game, your performance is based on this skill as well as the effort you put into paying attention, running your fastest to get to first base or chase down the fly ball, etc. If you are highly skilled but feeling sick, haven’t slept, and just broke up with your girlfriend (so your mind is wandering), you’ll perform far worse than you otherwise would.

In a math class, the same is true. The math skills required to do well on a big algebra test are a function of the effort you put into paying attention in class and doing your homework, and your natural math ability. On the day of the test though, if you are sleepy and your mind is not in the right place, or if you are disorganized and show up late, your performance will suffer, even if your skills are strong.

In our next article, we’ll explore some interesting implications of the Performance = TALENT x EFFORT2 formula for success.

To explore some of the topics we’ve touched on in this article, consider reading the following books or web-sites:

Mindset – The New Psychology of Success or http://www.mindsetonline.com/

How Children Succeed – Grit, Curiosity, and the Hidden Power of Character or http://www.paultough.com/