In the second episode of our new podcast, MyGuru founder Mark Skoskiewicz shares some of Carol Dweck’s research about how mindset affects performance. He explains the difference between two mindsets about intelligence – the fixed mindset and the growth mindset – and how these different viewpoints can affect academic performance.

1. There are two common ways people think about intelligence.

The first mindset is the “fixed” mindset. People with this mindset believe that your level of intelligence is mostly a result of your genes. They believe that everyone is born with an innate set of talents that they need to learn to work with.

The other common mindset is the “growth” mindset. People with the growth mindset believe it is possible for them to become good at anything. They strongly believe in the power of learning, understanding their mistakes and improving over time.

2. Mindset matters more than you think

People with the fixed mindset tend to shy away from things they believe they aren’t good at. They try to focus on things they are good at and avoid the rest. For instance, if someone with a fixed mindset believes that he or she is bad at math, that person may avoid taking challenging math classes.

As a parent, you can cultivate a growth mindset in your kids by praising them for effort instead of intelligence. Promote the idea that they can improve and grow by putting in effort, and they will reap the benefits of the growth mindset. 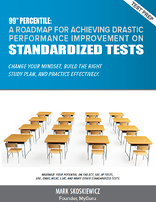