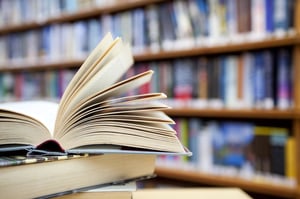 The LSAT-Flex will be offered remotely at a to-be-determined date in May that the LSAC has committed to announce by the end of the day next Friday, April 17. Registration instructions and processes will also be released at that time.

How the LSAT-Flex Compares to the Standard In-Person LSAT

Rather than a normal LSAT which is open to the general public, this initial administration of the LSAT-Flex is only open to individuals who were registered for the April 25, 2020 LSAT as of April 7, including March registrants who were moved to the April test when the March exam was canceled. Individuals who proactively rescheduled their exams in March or April due to the circumstances caused by COVID-19 should contact LSAC Candidate Services directly if they wish to register for the LSAT-Flex in May.

This remote-proctored exam will cost the same as the standard LSAT, but the LSAT-Flex will be composed of only three 35-minute scored sections with one section each of Reading Comprehension, Analytical Reasoning, and Logical Reasoning. The LSAT-Flex will also include no breaks. The LSAT Writing requirement will still be submitted separately from the multiple-choice portion of the test. In total the LSAT-Flex is expected to take approximately two hours from start to finish.

Scoring for the LSAT-Flex will be on the standard 120-180 LSAT scale, so as to be comparable to past and future administrations of the exam. The first cohort of LSAT-Flex test takers can expect their scores to be released approximately two weeks following their exam(s), and all test takers who had been granted testing accommodations for the in-person April LSAT can expect that the LSAC will contact them directly to ensure similar accommodations are granted as part of their LSAT-Flex administration.

How to Prepare to Take the LSAT-Flex

LSAT-Flex will be administered by ProctorU in conjunction with the LSAC and can be taken on a laptop running Windows or a Mac OS. ProctorU has details regarding the necessary technical specifications on their website. To ensure the integrity of the exam and all of its results, ProctorU will record each administration while observing every test taker live through their easy to use proctoring tools. Additionally, ProctorU will have temporary remote access to every test taker's desktop to ensure that no unauthorized applications are running concurrent to the exam administration. LSAT registrants who do not have access to a computer with a webcam or a quiet location to take the exam are encouraged to contact the LSAC for loaner materials to otherwise arrange an amenable testing environment.